“One Bad Cop” is the second single from the upcoming album “Post-Post-Race,” the debut collaboration from Twin Cities MC/poet Guante and producer Katrah-Quey. Featuring quotable guest verses from G.P. Jacob and Tish Jones, the song tackles not just police brutality in general, but one very specific element of it: how so much of the conversation in media focuses on the specific details of each individual case, while failing to make connections to the broader trends of police violence, institutional racism, and mass incarceration. Like the duo’s first single, “White People on Twitter,” this song is about digging deeper and striving to think critically– especially important considering the current #justice4jamar protests growing in the artists’ backyard, Minneapolis.

That’s the official blurb. But a few further thoughts:

The whole album is on its way; as things generally go, it’s taking longer than the original plan. But it’ll be worth it. There’s a song on there with Jayanthi Kyle that might be one of the best songs I’ve been part of. A bunch of other tracks we’re excited to share too. We’re in the mixing/mastering phase, so we’re probably looking at a January/February release. But as always, it’s done when it’s done.

The album delay is one of the reasons we wanted to release another single. Another reason, however, is the context. The #justice4jamar protests and #4thprecinctshutdown were and are watershed moments in the movement for racial justice here in the Twin Cities. So regardless of whether you listen to the song, here are some links you should know about (as always, these links aren’t about saying that these are the only organizations or entities involved; just good places to start to get more info):

Finally, one last link: this will be my last show of 2015: Sunday, December 13 at the 7th St. Entry for Aym Telos’ album release party; w/ Sarah White, EJ and more! 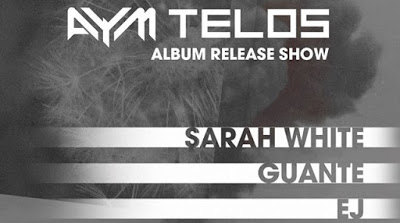