A 2016 wrap-up post, featuring some of the stuff I created or released that you may have missed: 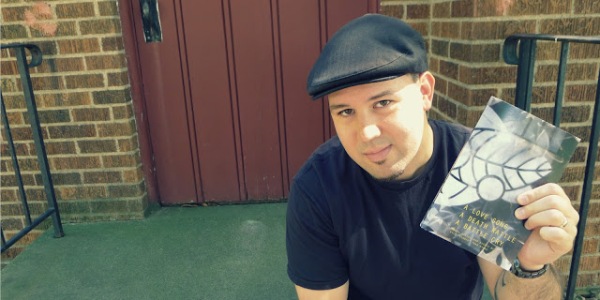 1. I Wrote a Book
I’ve been working on this for a long time, so thanks so much to everyone who has already picked up a copy, and to Button Poetry for the signal boost. Here’s the official blurb:

One part mixtape, one part disorientation guide, and one part career retrospective, this book brings together spoken word poems, song lyrics, and essays from the past decade of Guante’s work. From the exploration of toxic masculinity in “Ten Responses to the Phrase ‘Man Up’,” to the throwback humanist hip hop of “Matches,” to a one-act play on the racial and cultural politics of Eminem, “A Love Song, A Death Rattle, A Battle Cry” is a practitioners eye-view of the intersections of hip hop, poetry, and social justice. Get it in-person or online here.

2. New Album: Guante & Katrah-Quey: “Post-Post-Race”
Katrah-Quey and I released an album all about race, racism, and solidarity, featuring a bunch of my favorite local voices. You can get the whole thing here, but here are a few highlights:

3. Sifu Hotman’s “Matches” on Vinyl (Plus a B-Side with Tall Paul)
I’m very glad that we got to do a vinyl release for this song, which is both my most successful song (thanks to its being featured on Welcome to Night Vale) and one of my most personal, meaningful songs. Get it here. I’m also proud of the b-side, a remix of “Embrace the Sun” featuring Tall Paul:

4. 8 Million Views for “Ten Responses to the Phrase ‘Man Up'” on Facebook
This was a great surprise to close out the year with: Button Poetry posted my poem (which is a few years old now) as Facebook video, and it took off. It’s nice to see that the message of that particular piece is still resonating with so many people, especially this year. See the video, and read more about the poem, here.

5. A Handful of New Videos
Between my own page and Button Poetry’s, we released a few new poems and a few updated versions of older ones, plus a couple of songs: 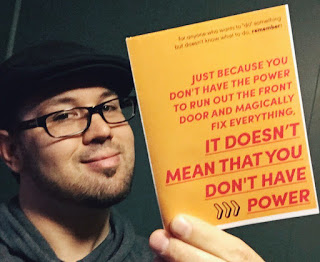 6. Some Writing and a New Zine Project
While most of my writing focus this year was on my book (and finishing grad school), I did post a couple of pieces:

7. I Finished Grad School
A few thoughts on what I did there and how it impacts my work moving forward, plus a link to one real-world resource that came out of my research: a list of 100+ spoken word poem videos for use by social justice educators.

8. TruArtSpeaks Contines to Grow
Under the leadership of Executive Director Tish Jones, it was another great year for TruArtSpeaks; I’m both honored to have been able to be part of that and excited about this coming year. The Be Heard MN Youth Poetry Slam Series starts up again in January!

9. Shows, Connections, and Reasons to Be Excited About 2017
This year was bad in a lot of ways, for a lot of people. I’m grateful for the opportunity to travel, to perform, and to work with people from so many different communities on issues that matter– from the ArtChangeUS Design for Equity Conference, to the MN Campus Sexual Violence Prevention Summit, to opening for Marc Lamont Hill at the UMN, to Brave New Voices, to a bunch of college/university visits all over the country– it’s clear to me that as dire as the situation in this country might be, there are still a whole lot of bold, brilliant people doing the work. As I think about 2017, I’m trying to figure out how best to use whatever resources I have to support those people.

I’m excited about local politics– 2017 is going to be a huge year in Minneapolis with regards to city council races. I’m excited about Jillia, Jeremiah, Andrea, Erica, Phillipe, and all of the sharp, community-minded people running for seats; I’ll be posting more about this as the caucuses approach. But even if you’re not in Minneapolis– this is going to be a BIG year for local politics in general– that’s the level at which so many battles are going to be fought, and we can win them. Get involved.

Related to that, I’m excited about the potential for artists to meaningfully plug into movement-building work, now more than ever. Will be sharing thoughts and resources (beyond what I’ve already written) very soon.

My excitement is not to say that things aren’t scary, or that people aren’t going to be hurt by what’s going on in this country. Our fear is valid. But so is our courage. I’m excited to see more and more people start to realize that there is no “neutral,” that change starts with us, that plugging into activist organizations and getting involved is a key first step in creating the world in which we want to live, no matter who is in office. It’s going to be a tough year, but I believe in the power of this movement.

Finally, as for me, I’ve got a new music video coming out right away this January. I’m also booking for both Spring and Fall 2017. Also working on some new projects. Just want to say thank you for reading and connecting. Let’s keep building.